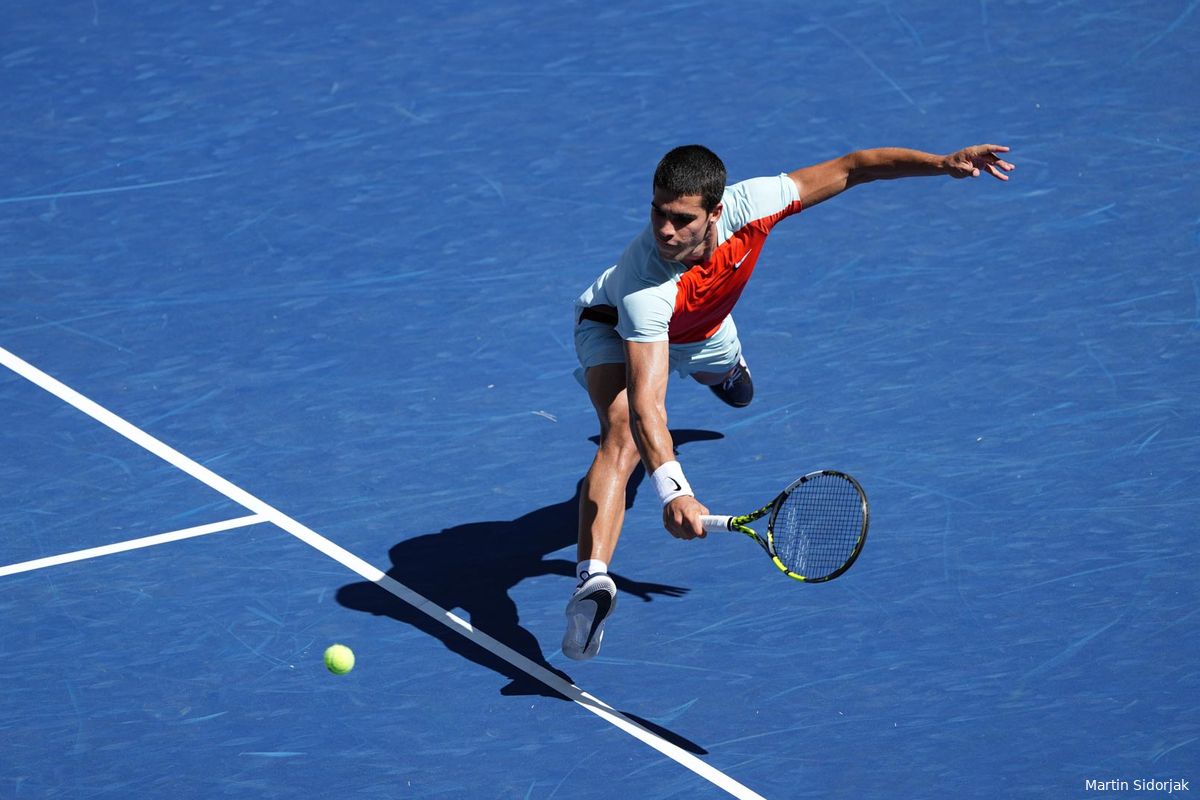 Tennis courts are familiar places for sliding, but doing it on a hard court is very challenging and sometimes dangerous.

Tennis players are advised against doing that because if you use the surface incorrectly, you could suffer significant injuries. Only a few players, including Gael Monfils, have been regularly able to do it. Due to his propensity for sliding on hard courts, he was given the nickname "the Sliderman" since it is so unusual.

Carlos Alcaraz, a Spaniard who has great sliding abilities on hard courts, is giving him a fight for his money. He made some amazing saves against Brooksby, putting it on full show. One of them damaged his shoes, forcing him to part with them after the victory.

WATCH: "Are you kidding me?" - Rune complains about Norrie's serving

"I played really well. High level, high intensity. I knew it was going to be a tough match, Brooksby is a really tough opponent but I'm really happy with my performance today. I'm going to keep going." said Alcaraz who added:

"In the tough moments in the break points I played really aggressive. I would say that I was there all the time. I made the most of my opportunity in the third set."

"I broke the shoes. This is the third time I've broken my shoes. I slide a lot as you can see in the match. The shoes get broken a lot. As you can see I run a lot, I try to get all the ball so it's normal for me."

Tomljanovic cracks jokes about herself after beating Williams