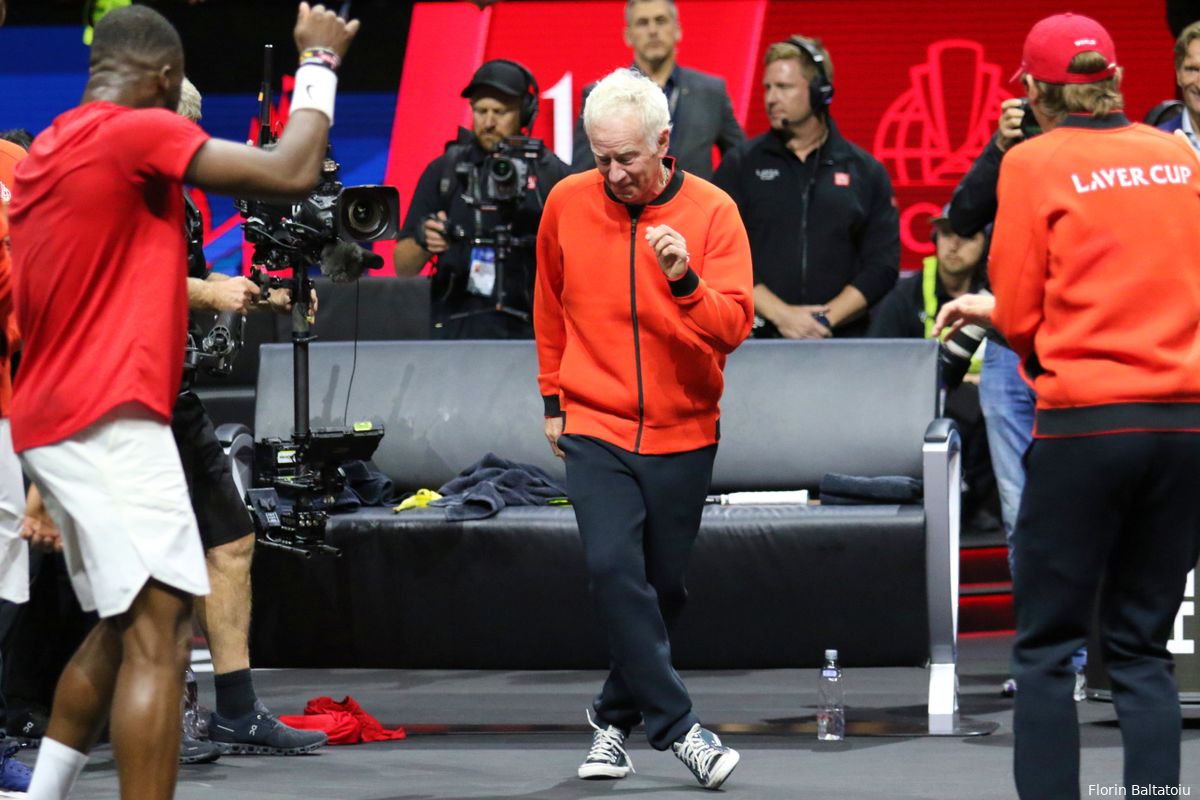 Team World lifted its first Laver Cup trophy at the 2022 edition in O2 Arena in London and the whole team celebrated their triumph afterwards.

It would have been already fifth straight victory for Team Europe at the 2022 Laver Cup. However, the team led by captain John McEnroe showed a big heart on Sunday and turned the result around with victories by Felix Auger-Aliassime and Frances Tiafoe.

The American captain hinted before the competition started that he really needs to win this time and after the event, he didn't hide his happiness when he showed off his dance moves not just on the tennis court but also afterwards.

“This is amazing! It’s obviously great for us, and it’s great for me, but it’s also great for the event. Thank God World won, right? Even the press can agree that! “This is something that’s discussed among all of us,” McEnroe explained. “These guys know the ins and outs of what’s going to work best. Félix was ready for it, he had debuted last year, and now he was ready to step up to the big time.”

“These guys are going to step up big time in the future, not just here. It’s going to be incredible the next five years. Not just for Team World but for these individuals as well. I’m just so proud that I was part of that.”

"They are troglodytes of tennis, it was lack of respect" - Panatta on Tiafoe and Sock