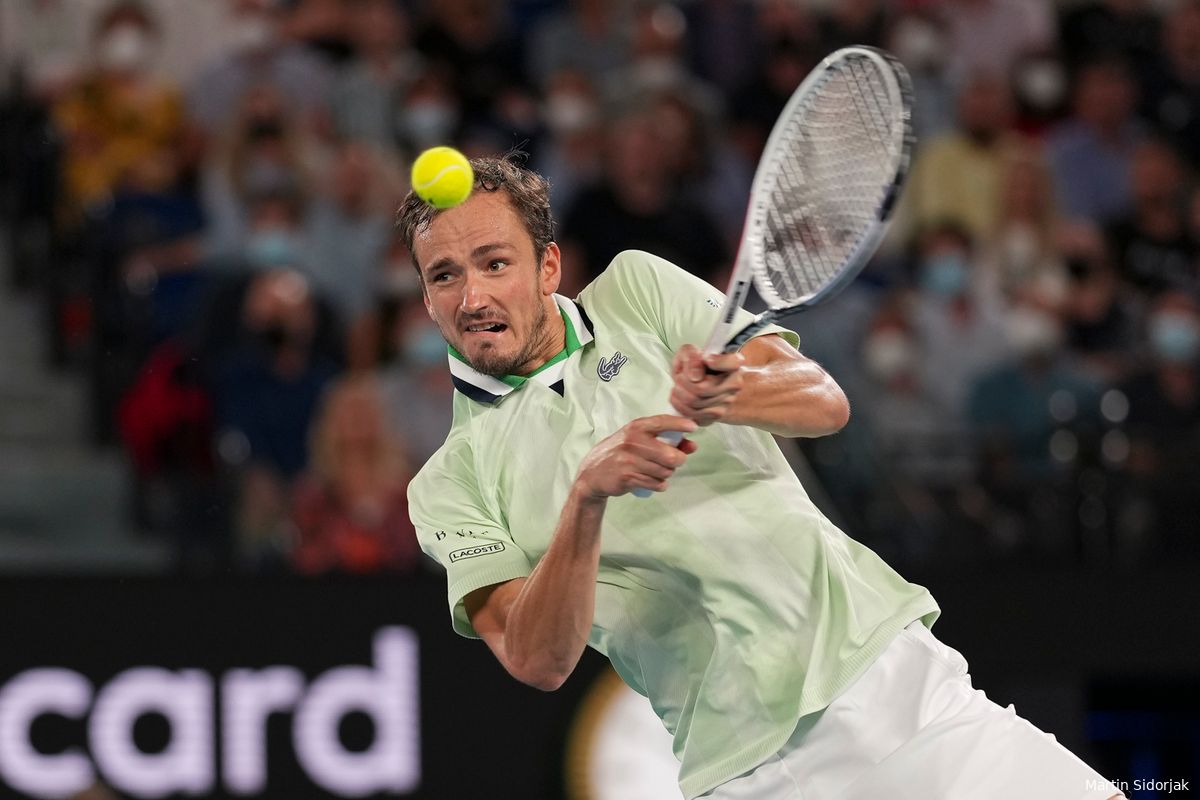 "I'm still Daniil Medvedev, it's about following the rules" - Medvedev on playing under a neutral flag

Daniil Medvedev is competing under a neutral flag due to Russia's invasion of Ukraine and he says that tennis is his sole focus.

Daniil Medvedev is quite a pragmatic interviewee because the Russian often times goes on long rambles when giving a response trying to see both sides of a story. It's an admirable trait but he's also pretty skilful at avoiding controversy in his responses, particularly when it comes to touchy subjects. One of those is the war in Ukraine which put Russian athletes in a very bad situation and Medvedev is no different.

Asked about competing under a neutral flag and how that is impacting him, Medvedev quickly shifted the focus back to tennis:

US Open considered banning Russians and Belarusians but opted for charity match with Nadal, Swiatek and Azarenka

"For me, what matters is playing tennis. I really enjoy my job. Yeah, again, it's about following the rules. The rule at one point was very clear that we have to play under neutral flag. Me, I'm still Daniil Medvedev. I still want to win big titles, win big matches, or small matches. It doesn't change."

Medvedev arrived in Montreal after winning the Los Cabos trophy in commanding fashion and he is looking to extend that form in Canada. The Russian faces a crucial couple of weeks as several players make a push for his number one ranking.