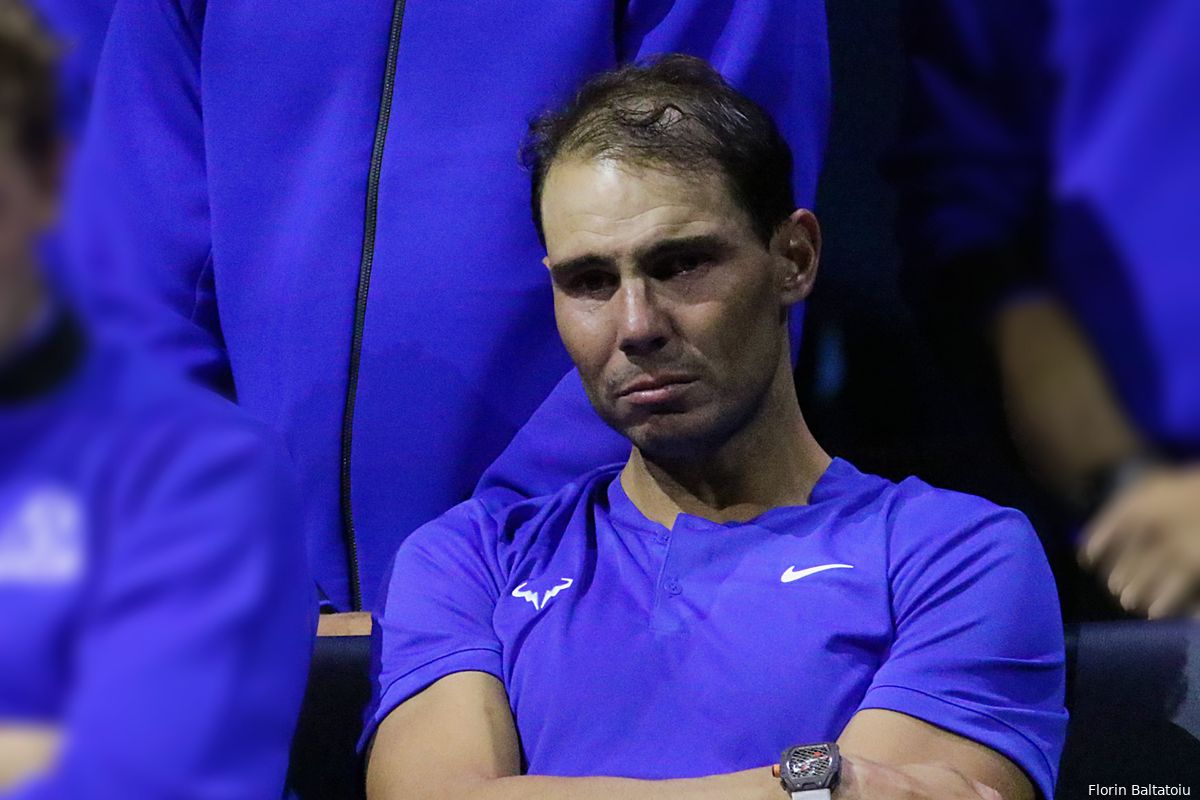 WATCH: Rafael Nadal breaks down in tears next to retiring Roger Federer

Rafael Nadal could not hold back the tears watching the presentation during Federer's retirement ceremony at the Laver Cup.

American players Jack Sock and Frances Tiafoe played spoiler while Roger Federer and Rafael Nadal attempted to win their final tennis match together. Although Federer wasn't upset about the defeat, the ceremony that followed left him very emotional and with good reason.

Rafael Nadal was equally moved by it all and was unable to control his tears, but one particular moment stood out. The cameras focused in on Nadal and Federer seated next to one another, with an overcome-by-emotion Nadal.

It was a strange display of weakness from a player who had proven to be so indestructible on the court. So much so that he had earned the moniker "Gladiator." He will never again play against his closest friend and greatest rival, and he will never again watch him play, at least not in a competitive setting. It was simply too much.