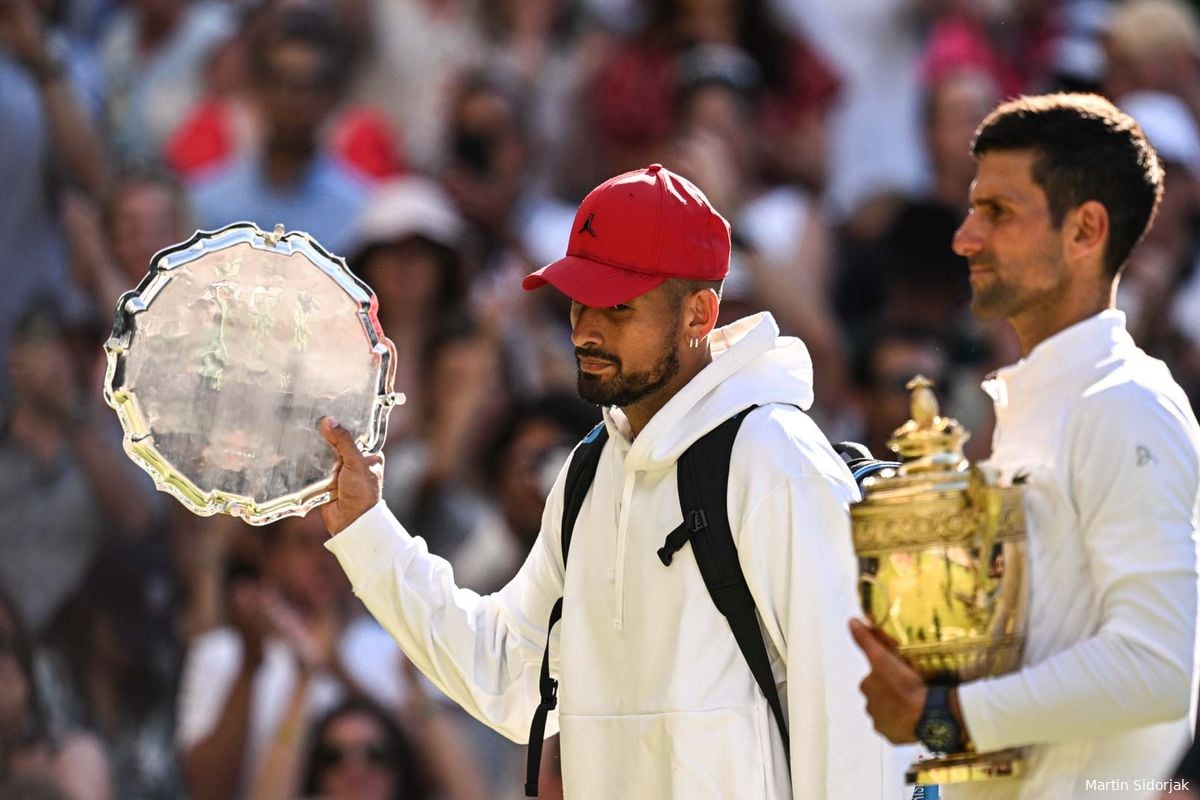 Nick Kyrgios shared his take not long after the retirement ceremony of Roger Federer and his take was not particularly welcome among tennis fans.

Kyrgios stayed true to himself and gave a proper take after Roger Federer retired from the sport posting a playful story on Instagram. He also joked a bit about his rival from the 2022 Wimbledon final, Novak Djokovic as the caption stated:

The story had a photo of Federer in a very emotional state with Nadal being in a similar state behind him. Djokovic was smiling in that particular photo and Kyrgios used that to crack a joke. A lot of fans did not take kindly to that and bashed him for his take which isn't something that Kyrgios is not used to.

However, the Australian was probably not trying to offend the 21-time Grand Slam champion, who he shared a little bit of bromance after their Wimbledon final meeting. After losing the final to Djokovic in London, Kyrgios stated: "You just have to be a mental animal to win a Grand Slam. Novak, Federer, and Nadal, I think I give them a bit more respect now."

He also joked about his relationship with the Serbian back then, when he said: "We definitely have a bit of a bromance now, which is weird. I think everyone knows there was no love lost for a while there. I think it was healthy for the sport. I think every time we played each other, there was hype around it. It was interesting for the media, the people watching, all that."