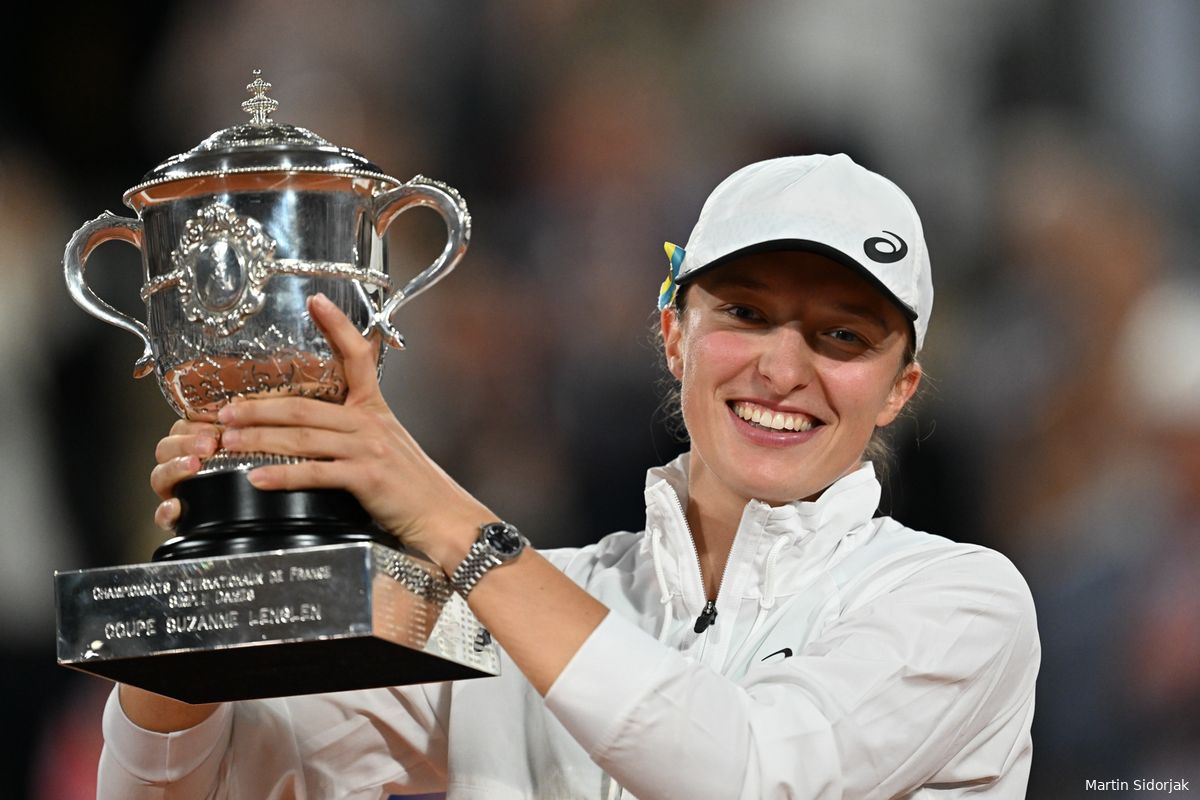 In 2022, Iga Swiatek dominated on the WTA Tour and there was hardly anyone to stop her when she had a good day.

Dominating from start to finish and ending the season with more than 6000 points ahead of the second Ons Jabeur, it might have been difficult for the Pole to find motivation at times. Despite winning two Grand Slam titles, there were events that could've gone better for her but after the season, she enjoyed a well-deserved rest. In 2023, we may see Swiatek breaking even more records as she is motivated to do so.

“For the first time in a long time I had the opportunity to be on holiday, where I had nothing to do,” explained Swiatek in an interview published on the Facebook page of her sponsor Asics. "I needed it so much. Including the flights, I had six and a half days of holiday in total, but I feel refreshed. I’ve already got my inner motivation back.”

This year, world no. 1 will start her season a bit earlier as she's set to take part at the exhibition event in Dubai called the 2022 World Tennis League. Swiatek will team up with Eugenie Bouchard, Felix Auger-Aliassime, Holger Rune and Sania Mirza in The Kites team. Speaking about the event, she said:

“I am delighted to be starting in Dubai. I love team competition, being in a team. For the first time it will not be a Polish team, but an international one. My coach thinks it will be good training to play matches with good players during the preparation period. I am curious to know how I will feel during this competition.”

“We will be leaving in mid-December, so I will be spending Christmas away from home this year. Coming back from Dubai to Warsaw, then travelling from Warsaw to Dubai to Australia would be a very physically demanding start to the season. These are the sacrifices an athlete has to be aware of. I hope that I will spend this time in Dubai resting,” explained the Pole.