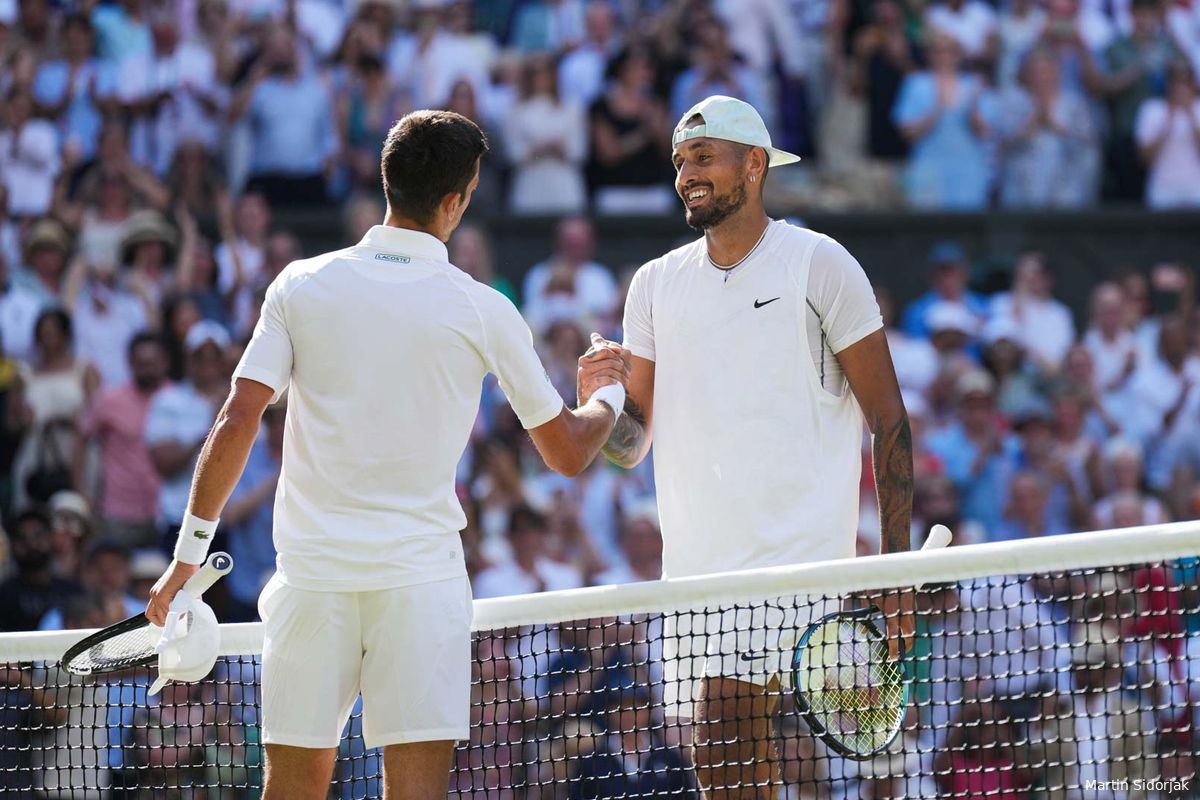 2022 World Tennis League Schedule of Play with Djokovic vs Kyrgios

From December 19 to December 24, some of the best ATP and WTA players in the world will compete in Dubai's World Tennis League.

The World Tennis League is a brand-new event that will feature 18 professional athletes over the course of six days at the Coca-Cola Arena in Dubai. The ATP & WTA athletes who have signed up make the tournament even more exciting. Tiesto and Armin Van Buren will perform the opening and closing ceremonies, respectively.

The Kites, The Hawks, The Falcons, and The Eagles are the four teams who will participate in Dubai. Given that the competition will include ATP, WTA, and mixed doubles matches, each squad is rather unique and has a diverse set of strengths.

It will all start on the 19th of December 2022 when Tiesto will be performing during a tie between The Kites and The Eagles. In an opening match, Felix Auger-Aliassime will take on Nick Kyrgios as Iga Swiatek will meet Caroline Garcia in the following WTA match. In mixed doubles, Gael Monfils will team up with Sania Mirza while Caroline Garcia will play with Rohan Bopanna.

The Falcons and The Hawks will meet on the 20th of December with Wizkid performing on the night. Novak Djokovic will play against Alexander Zverev in an ATP match as Aryna Sabalenka will meet Elena Rybakina in WTA match. In mixed doubles, Grigor Dimitrov and Paula Badosa will play against Dominic Thiem and Anett Kontaveit.

The Falcons will play again on the 21st of December, but this time against The Eagles. Novak Djokovic and Nick Kyrgios will meet in a Wimbledon rematch and their match will be followed by Paula Badosa against Caroline Garcia. In mixed doubles, Grigor Dimitrov and Aryna Sabalenka will play against Bianca Andreescu and Andreas Seppi. The artist performing will be Ne-Yo.

22nd of December will be accompanied with music from Deadmaus as The Hawks will meet The Kites. Dominic Thiem will start the tie against Gael Monfils as Anett Kontaveit will take on Iga Swiatek in second match. Alexander Zverev will team up with Elena Rybakina to play against Felix Auger-Aliassime and Eugenie Bouchard.

On the 23rd of December, the finalists will be decided as Mohamed Ramadan will be artist of the day. First, The Eagles will play against The Hawks with Nick Kyrgios opening the day against Alexander Zverev. Caroline Garcia will play against Elena Rybakina in WTA match and in mixed doubles, Rohan Bopanna and Bianca Andreescu will clash with Dominic Thiem and Anett Kontaveit.

In the second tie of the day, The Falcons will play against The Kites. Novak Djokovic will begin against Felix Auger-Aliassime, who defeated him at this year's Laver Cup and Aryna Sabalenka will play against Iga Swiatek, who she beat at this year's WTA Finals. The group stage will be finished with mixed doubles match between Grigor Dimitrov and Paula Badosa against Gael Monfils and Sania Mirza.

Kyrgios and Djokovic set for rematch already in December