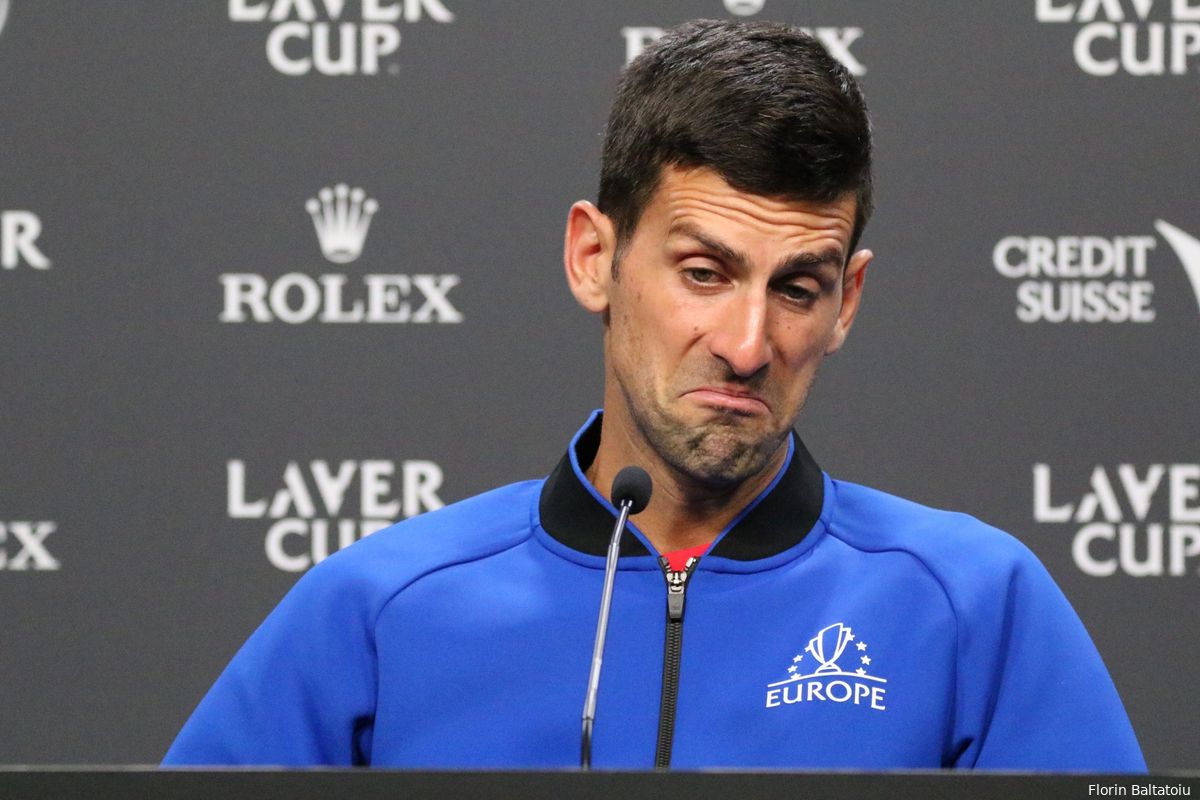 Novak Djokovic looked uncharacteristically poor against Felix Auger-Aliassime at the Laver Cup today and he admitted it has to do with his wrist.

Djokovic's serving, which has become increasingly important of his game over the past few years, seemed to be a problem in his match against Auger-Aliassime. The Serbian's serve lacked sufficient speed and power, and his accuracy was also off. He acknowledged having issues with his wrist for the previous several days after the event was over:

"I have been struggling with my right wrist for the last four five days, to be honest. I have been keeping it under control. The two matches yesterday probably had an effect. Today was not easy. I couldn't serve as fast or as accurately as I would like to"

He has an idea of what might be causing it and it's a combination of not playing for a long time and the specific conditions at the event:

"Could be not playing almost three months matches, and then conditions here are such that the balls are really big and slow. You always have to generate a lot of wrist action and speed, which could be the case why I have been feeling soreness of my right wrist."

He'll be in action in Tel Aviv where he'll take part in the ATP 250 event there looking forward to it albeit with caution due to the wrist:

"I am not worried about my level, but I am a bit about the wrist. I am going to try to take care of it with my physio, to be ready for my first match in Tel Aviv."