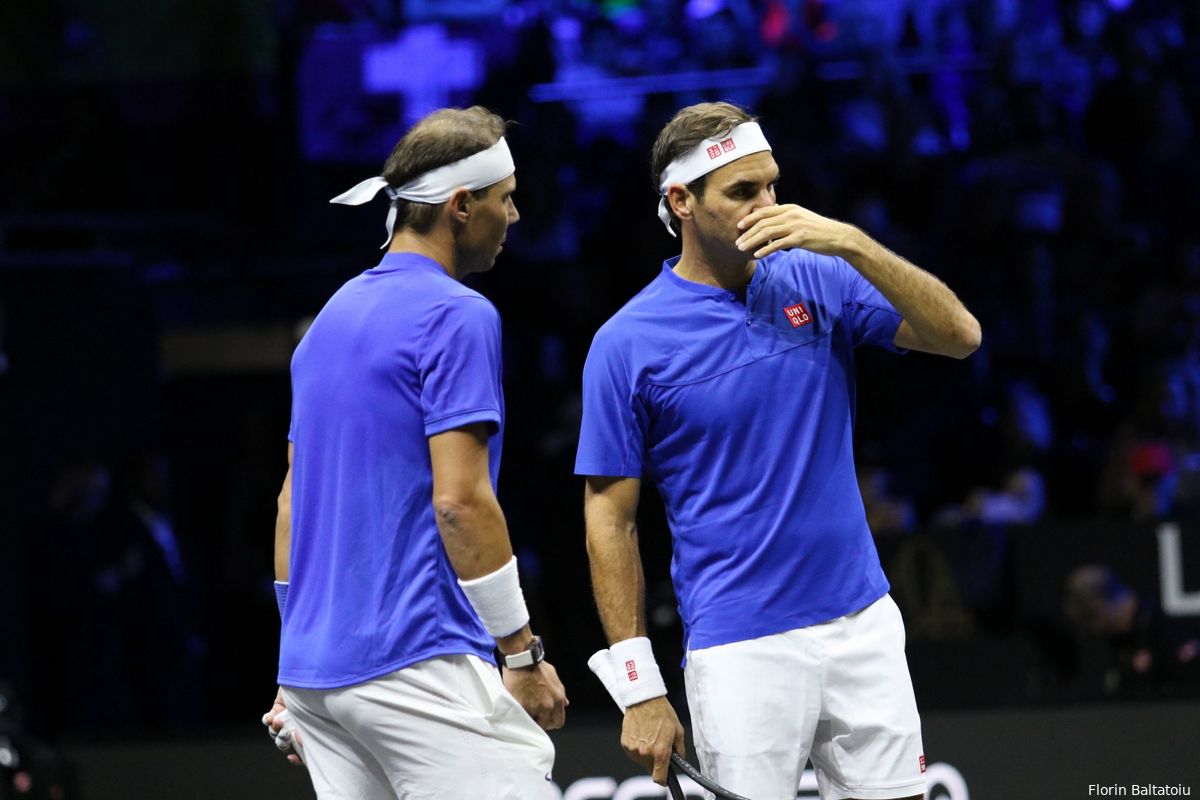 During their lengthy careers, Roger Federer and Rafael Nadal teamed up only once and at the 2022 Laver Cup, they played on the same side of the court for the second time.

The 2022 Laver Cup will be always remembered as the event where Roger Federer played his last competitive match. And he played it with no other than Rafael Nadal as the duo took on Frances Tiafoe and Jack Sock, who represented Team World.

No matter the result, Federer knew that he was stepping into the O2 Arena for his last match and he hoped it will be a victorious one. And that's exactly how the experienced dup started against Americans.

WATCH: Federer hits one in a million through the net shot during his last career match

However, the American duo had much better start into the second set as they got the first break and soon led 3-1. Yet, Federer and Nadal were determined to use all of their experience to turn the set around and send the Swiss Maestro into the retirement with a victory. After getting the break back, the come back looked more than real and the crowd in London also sensed it.

But it wasn't to be for the legendary duo in the second set as they lost in the tie-break 2-7 and so the match had to be decided in a match tie-break, which is played as first to 10.

The 20-time Grand Slam champion and one of the most influential players in the history of tennis lost after two hours and 16 minutes, alongside his very good friend and rival Rafael Nadal, and ended his professional tennis career after losing 6-4, 6-7(2), 9-11.

WATCH: Play stopped at Laver Cup as invader sets himself on fire