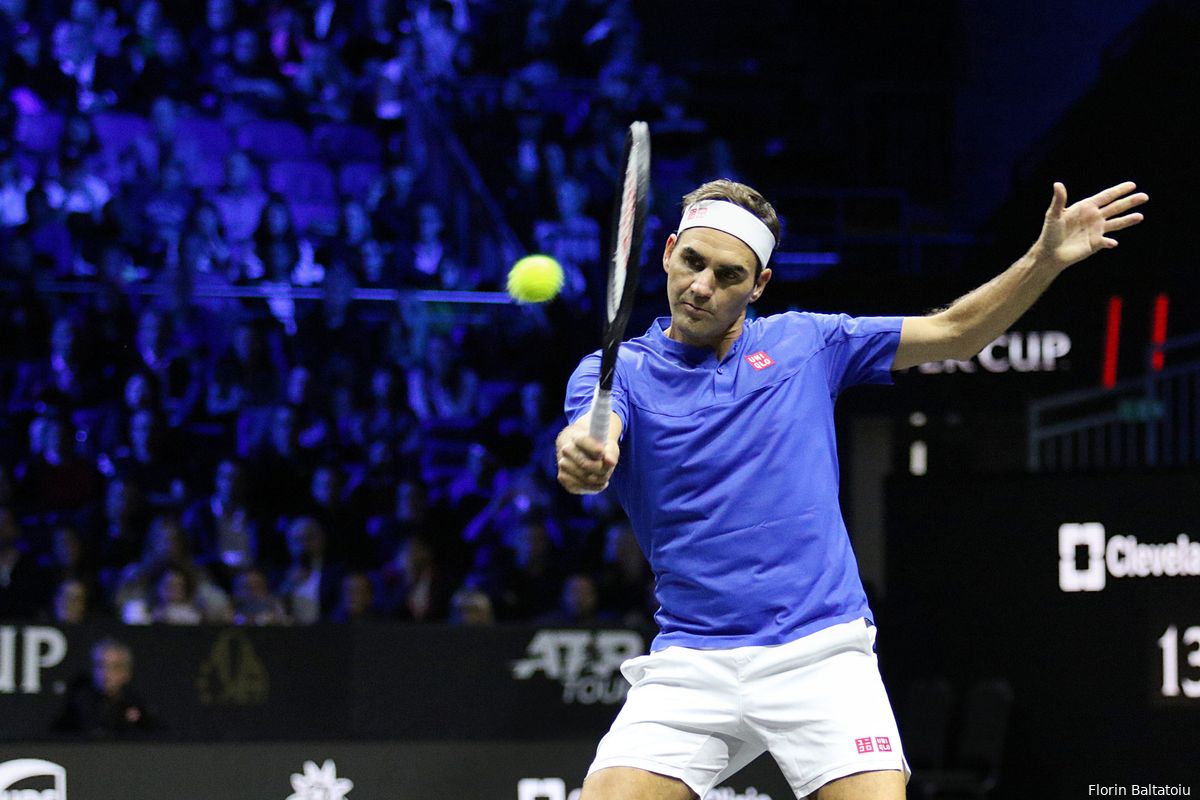 Roger Federer is bullish on the future of tennis and he is certain that a few players will certainly get to 20+ grand slams.

The 41-year-old retired from tennis last Friday, but even if it marked the end of an era, tennis did not stop. Many players will be motivated to pursue his records in the same manner that he did with Sampras' records

“I do believe more than ever you can dominate through all the surfaces that’s for sure because they all play the same. There is not the serve-and-volley dangerous guys anymore on quick surfaces. This is not quick (at Laver Cup). Yesterday I did a Uniqlo clinic and I asked: ‘How is the court, guys?’ (They said): ‘Oh, it looks so slow’. There you go. Welcome to my world." said Federer comparing today's surfaces to those of past decades:

“You know, everything’s slow nowadays. Indoors is not what it used to be. It wasn’t like this type of surface (pointing to a wooden floor), where it was like lightning. That’s why I think there will be more players in the future with I’d say five-plus slams. Because once you get on a roll, you can stay on a roll. I do believe at some point, somehow, there will be definitely a few players with 20-plus Slams. I’m convinced about that.”

The Swiss maestro was unwilling to mention names as he feels that would put unwanted pressure on a player:

“You don’t want to have that price tag – ‘you’re the one who’s going to win 20-plus. I think that’s not fair because nobody can predict that type of number. Once you reach maybe five, seven, you can say like: ‘OK, now we can start talking. But we never talked about 20 with me. We always talked about maybe you could reach 15 (to beat the previous record, set by Pete Sampras). It just starts to increase more and more.”

The Laver Cup offers a unique format which is something Federer believes is absolutely vital for tennis. He isn't a fan of the same format over and over again and wants to see more five-setters: "I think we need everything. I think we need these (different) types of formats. But I personally believe we need more five-setters again. I talked to Bjorn Borg and Andy Murray yesterday about it."

It's not something that it's agreed upon in the tennis community but Federer feels strong about it: